Esteban’s vet appointment got cancelled today. The vet wasn’t in again. I don’t know why, but I assume her back is still not well. We continue to get snow and if she’s shoveling it, she’s not doing herself any favors! I think I’m going to give up on rescheduling and just have Esteban swing through the vet room before he goes to his new home.

His episodes and outbursts have been fewer and further between. He’s more likely to be running around and goofing off (like he’s doing right now, actually), than to be scrunching up in pain or biting at the air…or me. I was just thinking a couple of days ago about how it had been awhile since he’d had a painful outburst. Then he jumped on the couch to get attention from me and I could just see it coming. I could tell by the way he was acting; I saw it in the way he paced or something. Then SNAP! He didn’t get me though! I pulled away before he could bite me!! The more he plays and the less he has these reactive episodes, the more hopeful I am that he’ll succeed in a new home.

I got an email today saying someone was interested in Esteban. The interested party sent a short email asking that we call him because he doesn’t use his email much. I gave him a call this evening. He said that he had already adopted another cat, but new cat wasn’t getting along with existing cat. He said that he was going to give it a little time, but he wasn’t too hopeful. I told him about how Steve was when she first came to live here (nasty to everyone) and how she’s now the welcoming party for all of our foster cats. That gave him more hope. He said he’d call me in a week to let me know if it didn’t work out and if he was still interested in Esteban. Call me crazy, but the vibe I got from him over the phone suggested that he wasn’t the right fit for Esteban.

He can stay here as long as he needs to, though. Preferably not forever, but I’m not sending him to just any old home just to get rid of him!

Zissou is doing well in her new home! She’s settling in and slowly getting to know her new kitty siblings. She likes to lay with her new owner and read, which is no surprise since she did that here with Jay a lot.

Here are two pictures I took the other day when it was -13 degrees at night (with a -30ish windchill), and about -2 degrees when I took the picture. The high for the day was 6, I think. We never open our bedroom door because we (I say we, I mean Jay) don’t want the cats on the bed; but it was so cold in the apartment, the only way to warm up the bedroom was to leave the door open. I don’t know if Esteban has ever laid on a bed before, but he made himself comfy really quick! I called the pictures “2 cats, 6 legs, 1 bed, 3 blankets, -2 degrees” 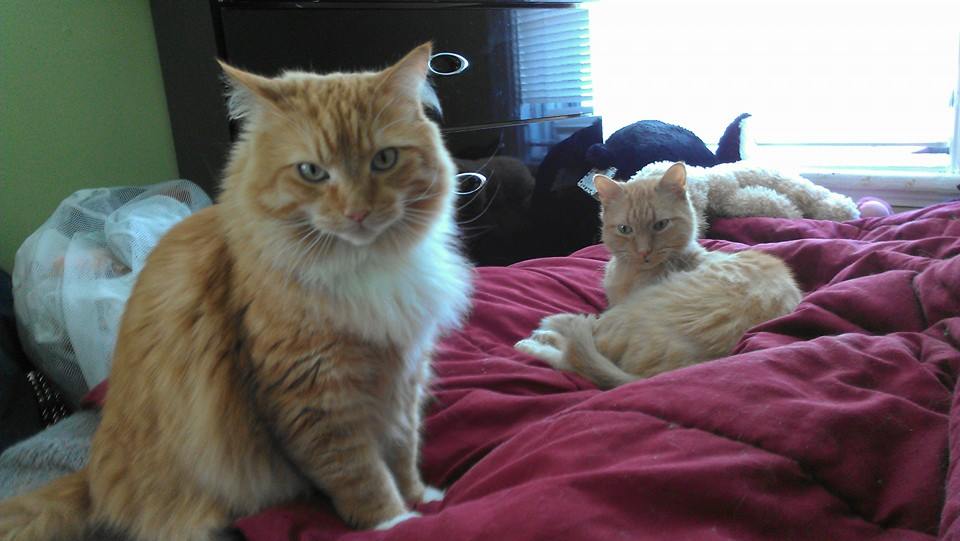 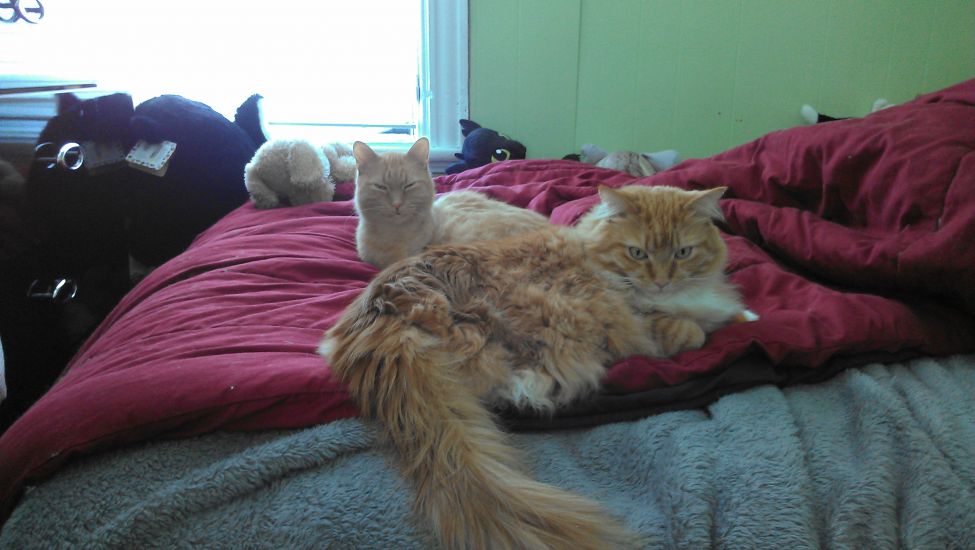 One thought on “Seriously, This Vet Appointment is Never Happening”