Esteban and Zissou had visits with their surgeons on Monday. Both received good reports! Zissou has dissolving sutures and Esteban had his removed, so no more e-collars for anyone! Zissou is still fighting her upper respiratory infection – though she sounds a lot better – and is in quarantine until the end of the week.

Esteban no longer spends nights in the bedroom with us. He has earned his freedom 100%! He has found a few places where he feels safe to hide when it gets a little too chaotic in the apartment; but for the most part, he’s not afraid to stand up for himself and just hang out. He seems to enjoy Steve’s favorite hang out spot on the Rubbermaid bins we have under the kitchen table. He also likes to sit on the perch in the window and snuggles up in the tunnel underneath it. The other day he leaped right up onto Jay’s desk! That was a big no no!!

Steve seems to like to follow him around. I don’t know if she’s keeping tabs on him or is just really interested in him. Saxon no longer hisses at him. He laid down on the couch next to him a little bit ago. Spyder and Esteban finally really crossed paths today. One of them hissed, but I’m not sure who!

The plan now is to put just a little bit of weight on Esteban (I know it’s better for him to be thin, but he’s stick thin right now) and to improve his coat. His fur is very patchy and I’d like to see it fill out before he goes to his furever home. I’d also like to see him gain a little bit more confidence. Zissou will have to learn to tolerate other cats when she’s done with her quarantine. I’d also like to get her over her food aggression. They’ll be here a few more weeks!

I should also mention that Esteban isn’t the only Tripawd available for adoption from my humane society (Mohawk Hudson Humane Society in Menands, NY)!! Danni just came up here from the south and is available! 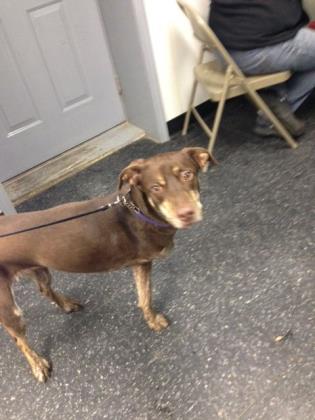 One thought on “Time to Just Be Foster Cats”